As the capital city of France, Paris has been famous ever since the beginning of time. Browsing through many historical accounts of the world, one can obviously find the city of Paris in most of the significant events, particularly those that involve the large continent of Europe. Adding more to the level of popularity that Paris is at, the rapid advancements and developments in the city that took the entire world by storm are the evidences of the growth Paris has actually undertaken.

Today, Paris has been deemed to be one of the most influential cities that ever existed as it is able to pose significant impacts on various aspects of the society. Thus, the establishments of fabulous attractions and sightseeing spots is not wonder as Paris is filled with brilliant and creative minds that truly make the place worthy to visit and explore. 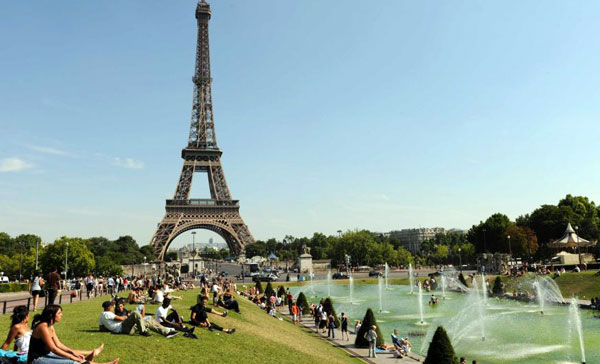 Here are a few of the numerous places to visit and sights to see at the City of Love, Paris.

Notre dame de Paris is a cathedral which was established as early as the 12th century. Most Catholic tourists as well as visitors from other religion, never dare to miss such incredible site as it contains relics and remnants of how religion placed an impact to lives of the people of Paris, even until this modern era. Having been the primary setting in the animated movie, The Hunchback of Notre Dame, such structure further influenced the general public to actually check out the place.

This famous landmark has always been one of the most in demand sites that tourists like and love to view. This structured was initialized by Napoleon Bonaparte to actually pay tribute to the victories he was able to achieve. But because he was ousted from office, Louis-Philippe had to complete its construction. Besides its interesting history, tourists can actually view several other significant sites such as the La Defense when viewed from the top.

Featured in the controversial movie, The Da Vinci Code, the Louvre is typically a museum and a monument at the same time. It is indeed a must see site as it exudes different appearances when viewed during day time and explored at night, as it resides within the Louvre Palace and The Pyramid. Various historical masterpieces of the most famous artists from Paris are housed in this museum. It is now wonder why a lot of tourists come to check the entire attraction.

Famously recognized worldwide, the Eiffel Tower is considered to be the tallest building existing in the city of Paris. Besides that, tourists love to see the site since most of Paris can actually be viewed from the top. For many tourists and locals, this site is truly breathtaking.

This ancient royal castle is another site that has actually magnetized a lot of tourists. Its authentic physical appearance and highly historic ambiance brings tourists back to the ancient royal times.