Los Angeles is one of the most popular multi-cultural cities on the planet and is the second-largest city in America. It’s well known as an entertainment spot due to the numerous movies and records that are produced there. It’s also a hotbed for professional sports, cultural sites, and outdoor activities. The suburbs of the city lie on the Pacific Ocean and the Santa Monica Mountains are just next door.

It’s about 460 square miles in size, meaning there are endless attractions to see and things to do. The Greater Los Angeles area is home to over 80 independent towns, meaning you’ll be able to spend days here and still won’t be able to soak it all in.

There are dozens and dozens of excellent tourist spots. Given below are the top 10 Los Angeles sight seeing places. 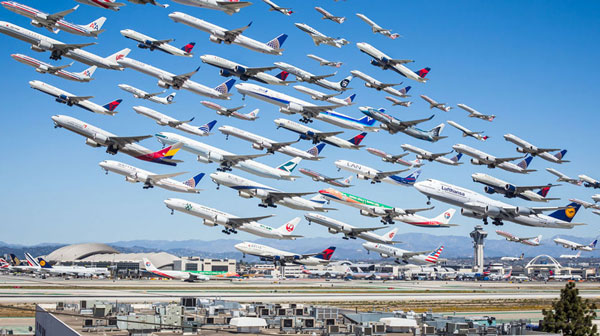 Heading out for a day at Universal Studios has been a favorite activity of visitors to Los Angeles for years. There are several sections to the studios, such as a working studio, theme park, and an area of shops and restaurants called the City Walk.

The theme park features some of the world’s most exciting and innovative park rides. The studio tour enables visitors to see how a Hollywood movie is made and takes you through back lots and movie sets. The City Walk area is home to more than 30 restaurants, as well as comedy clubs, movie theaters, and an indoor skydiving area.

This area of Los Angeles was been famous long before the Beverly Hillbillies moved in. It’s technically an independent town, but is completely surrounded by Los Angeles as it’s just 12 miles to the west of the downtown area. This is an upscale neighborhood where many Hollywood stars moved to and it’s known as America’s richest town. Everything about the area is first-class.

The J Paul Getty Museum sits on 110 acres of land below the majestic Santa Monica Mountains. It was created by J Paul Getty, who was a famous American oil magnate. The museum is filled with some of the finest works of art on the globe. These include Roman, Greek and contemporary pieces as well as antiques, manuscripts, drawings, photographs, sculptures, and paintings. The museum is made up of several buildings, a beautiful garden, and café and restaurant.

This isn’t your run-of-the-mill farmer’s market. It might have been when it was launched back in 1934 during depression, but it’s been expanding ever since. It started out as a marketplace for fruits and vegetables and while you can still buy those items, you’ll also find other types of food, specialty shops and restaurants. You can buy everything from children’s toys to jewelry. The market also holds several seasonal celebrations throughout the year.

The Hollywood Walk of Fame is one of the most popular entertainment sites in the world. It runs down Hollywood Boulevard and Vine Street and consists of some of the most famous entertainers’ stars that are set in cement in the sidewalk. You’ll find some of the world’s best actors, directors, musicians, and other entertainment personalities here. The Walk of Fame started out in 1960 and there are approximately 2400 stars in the cement these days and it keeps growing year after year.

This observatory was the idea of J. Griffith, who died in 1919. He wanted to build a site where people could view the skies through large telescopes so they could expand their perspectives. Griffith paid for the center, but sadly it didn’t open until 1935, well after his death.

The observatory is free to visitors, which is what Griffith wished. It’s located in Mount Hollywood’s Griffith Park. There are several telescopes that allow you to view the planets and moon. The site also has a planetarium, theater, and outdoor viewing area.

This Japanese area of Los Angeles is located downtown close to the city hall. It’ features a cultural center, restaurants, shops, and a huge shopping center. You’ll also see some beautiful 19th-century homes. It’s believed there are over 100,000 people of Japanese descent living in Los Angeles and this unique historic area can easily be explored by foot. You’ll also find several museums, markets, gardens and walking yours.

This popular museum opened up for business back in 1965, but its toots can be traced to 1913 to the Los Angeles County Museum of History, Science, and Art. In 1954 this smaller museum had to be expanded and 11 years later three new buildings were constructed. It now houses four different separate and features art from all over the world. The buildings are connected by an underground system and there’s also an attractive courtyard.

Hollywood is famous the world over due to its long and storied history of movie-making. It’s about eight miles from downtown at the base of the Santa Monica Mountains and has been a part of Los Angeles since 1910. It started out small, but is now the film capital of the world. When entering the area you’ll be welcomed by the famous Hollywood sign in the hills, which was built in 1923.

This is one of the city’s most famous venues for live entertainment. It features shows by world-class solo performers as well as musicals, ballets, operas, and the Los Angeles Philharmonic Orchestra. It has a capacity of 3,200 and is used almost every day of the year. Dorothy Chandler raised approximately $20 million for the site in private donations and it was named in her honor.