The United States of America could very well be the most famous and powerful nation on earth. That’s not bad really, considering it’s also one of the youngest, having gained its independence from the United Kingdom in 1776.

The country, located on the North American is the third largest in the world by population and land area and is made up of 50 states and a federal district.

The nation also rules over several smaller territories on the Pacific Ocean and Caribbean Sea. The huge size of USA means there are extremes in the country’s weather and it’s home to many different climates, such as semi-arid, tropical, and humid continental.

Basically, it can be freezing in one state and stifling hot in another. The USA has thousands of popular destinations and sites to visit, with these 10 being among the most popular.

Commonly known as the Big Apple, New York City, which is located in the state of the same name, is one of the most fascinating in the world. It’s a melting pot of cultures that’s filled with history and entertainment. This comes in the way of numerous museums, theatres, libraries, skyscrapers, parks, and unique neighbourhoods. It’s one of the most vibrant cities on the planet. 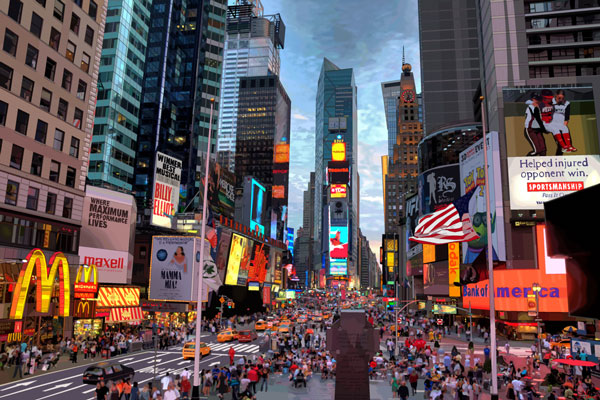 This canyon, carved out by the Colorado River in the state of Arizona is one of Mother Nature’s masterpieces. It’s about 18 miles wide, 277 miles long and reaches a depth of about a mile. Much of the amazing canyon is situated in Grand Canyon National Park, which is one of America’s oldest parks. 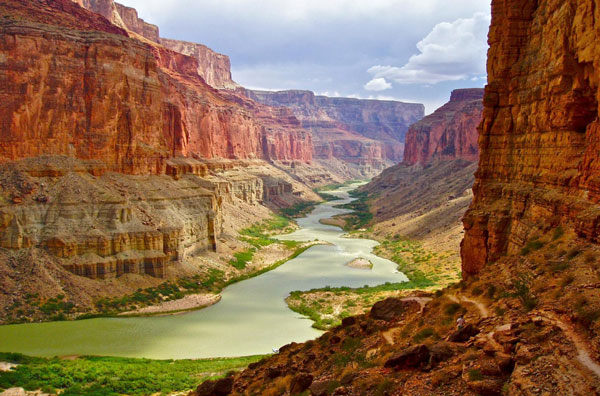 Washington is known as the political center of America. It’s also filled with interesting museums and monuments that celebrate the country’s history. The Vietnam and Korean War Memorials are here as well as the Capitol Building, White House, and the Lincoln, Washington and Jefferson Memorial. 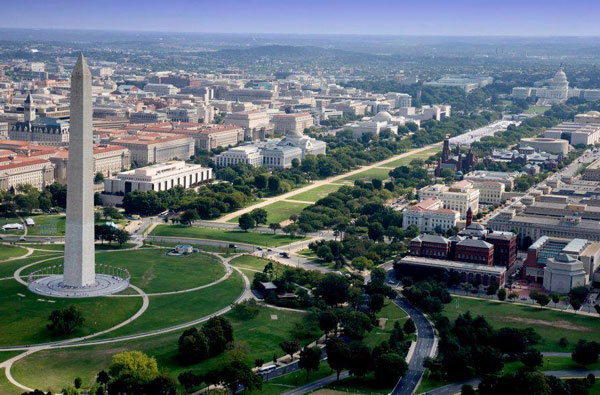 The beautiful and lush Hawaiian Islands lie in the Pacific Ocean to the west of the American mainland and make up one of the 50 American states. It’s known for its spectacular beaches, trails, mountains, and overall views. There are plenty of hotels, resorts, and fine restaurants. 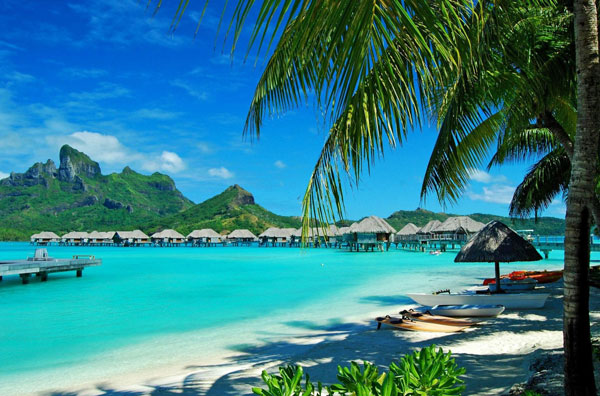 The famous Niagara Falls sits on the American-Canadian border between the province of Ontario and the state of New York. Surprisingly, the American side of Niagara Falls peaceful and quiet compared the glitzy Canadian side. However, all of the grandeur of the falls is still present along with the thunderous roar of the water and some beautiful local parks and greenery. The views are amazing, especially from the Maid of the Mist boat below the falls, and the town is fun to explore as well. It’s also a popular spot for honeymooning couples. 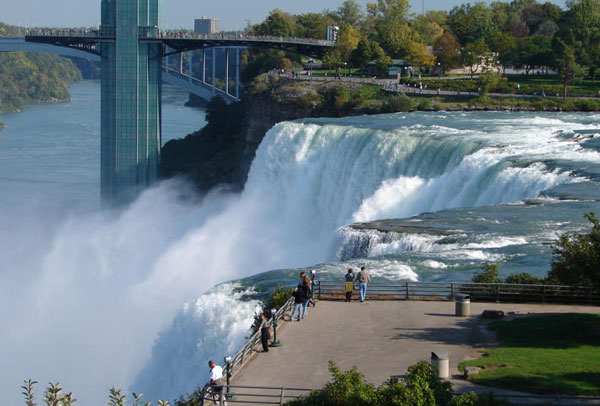 This is generally regarded as the most popular park in the land as well as one of the oldest. Established in 1872, Yellowstone stretches over three American states, with the majority of it being located in Wyoming. The natural beauty is endless with its waterfalls, geysers, and lakes and it’s an ideal spot for activities such as camping, hiking, boating, and fishing. 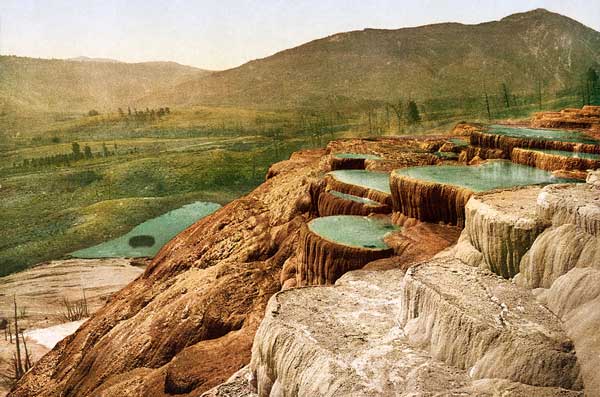 America is fortunate to host both of these famous theme parks. Disneyworld is located in Orlando, Florida, while Disneyland sits out on the west coast in Anaheim, California. The parks are ideal for people of all ages with their thrilling roller coasters, live fairy tales, and assortment of lovable Walt Disney characters. 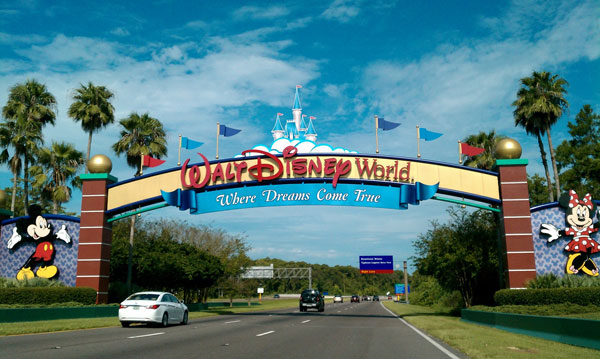 This might surprise some people, but the charming west coast city of San Francisco has its own character. There’s plenty to see and do with the Fisherman’s Wharf and Golden Gate Bridge being popular attractions along with the old-fashioned streetcars. The Pacific Ocean also supplies San Francisco with some of the best seafood in the nation. 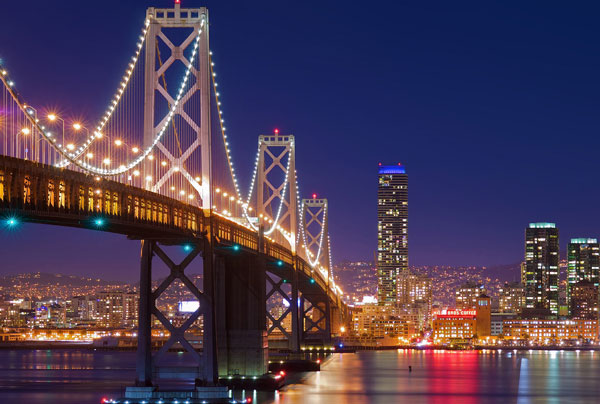 The famous film Mecca of the world is a district in the city of Los Angeles. You’ll be able to see the historic Hollywood sign along with the Hollywood Walk of Fame, Sunset Strip, wax museums, and tour Universal Studios. There’s something for everyone no matter what your movies tastes are. 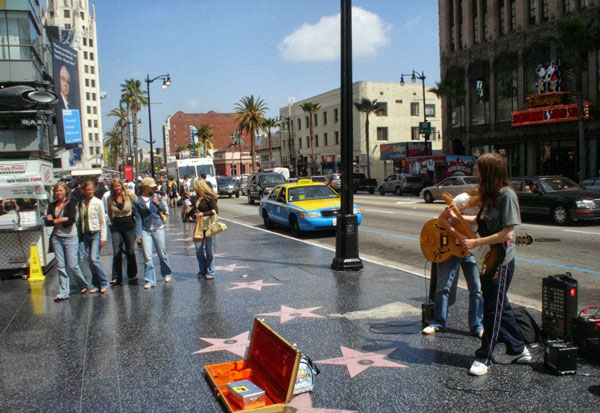 This desert oasis in the state of Nevada is nicknamed Sin City. It’s filled with neon lights, 24-hour casinos and world-class golf courses, restaurants, entertainment, theme resorts and hotels. There’s always something going on here for people of all ages and there’s lots of interesting landscapes to see in the surrounding area. 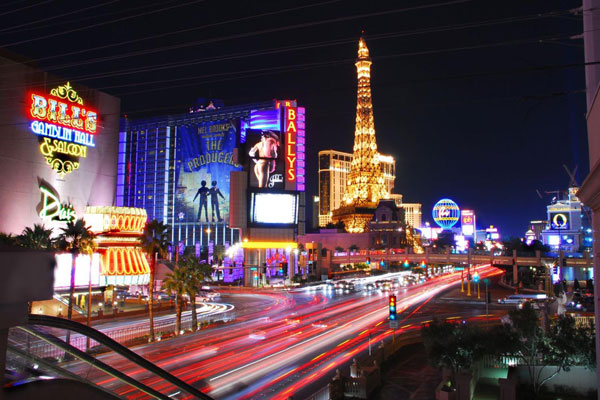