Visit Quebec City any time of year, and it will be just lovely. This large Canadian city offers beautiful, long summers and white, snowy winters. In autumn, the city dresses in bright warm tones. With plenty of affordable world-class resorts, fine dining restaurants, and great spots to visit, Quebec City easily fits into the budget of an average tourist, looking for happy, fun-filled holidays. Here are five incredible spots without which your visit to Quebec City would be incomplete. This guide to Quebec City will help you with more information on accommodation, flights, and travel itineraries. 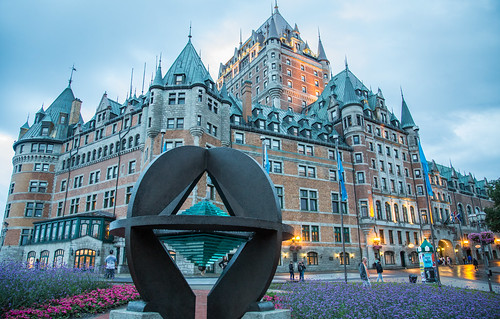 Designated as a national historic site of Canada, Château Frontenac is an old, grand railway hotel that cuts an impressive figure in the city’s skyline. The hotel includes 18 floors with 600 rooms. It is operated by Fairmont Hotels and Resorts and owned by Ivanhoe Cambridge. The hotel also served as a conference hall for the Allies during World War II. 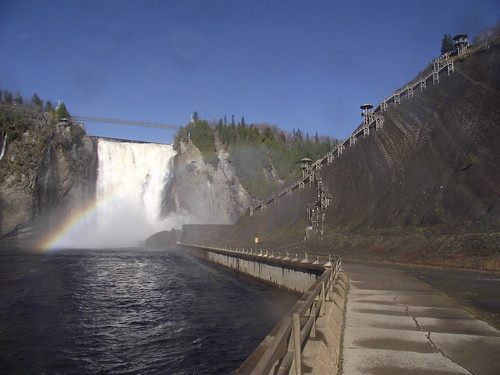 Located on Montmorency River, Montmorency Falls is a large waterfall that drops over a cliff into the St. Lawrence River. Staircases and a suspension bridge over the crest of the falls give outstanding views for visitors to enjoy. From the base to the top of the falls runs an aerial tram, which gives passengers a thrilling ride across the length of the falls. During warm summers, you can see a yellow glow around the falls, due to their high iron content. 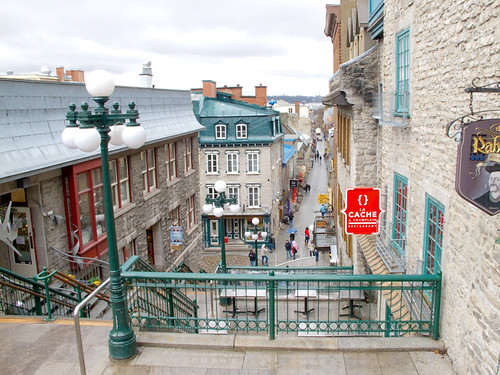 This historic neighborhood within Quebec City is a UNESCO World Heritage site. The Upper Town of Old Quebec sits on the cliff and has buildings dating back to the 18th and 19th centuries. Due to its many churches, monasteries, convents, and monuments, it remains a religious and administrative center. The Lower Town lies at the bottom of Cap Diamant. Places of interest here include Louise Basin, Brown Basin, Place de Paris, and Saint-Paul Street. 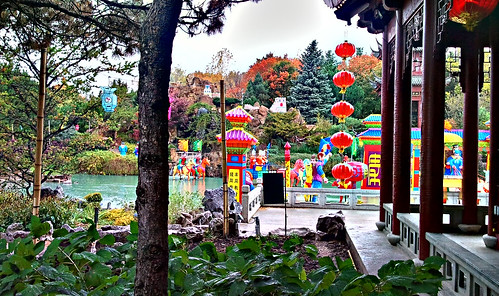 Spanning over 190 acres of greenhouses and gardens, the Montreal Botanical Gardens make up another popular national historic site in Quebec City. The greenhouses have plants from all over the world, and the gardens are based on specific themes, like the Alpine Gardens, the Chinese Gardens, the Japanese Gardens, and the First Nations Gardens. There is a beautiful sculpture, le Lion de la Feuillée, located at the entrance of the rose garden. From February to April, the Montreal Botanical Gardens hosts a Butterflies Go Free exhibit. 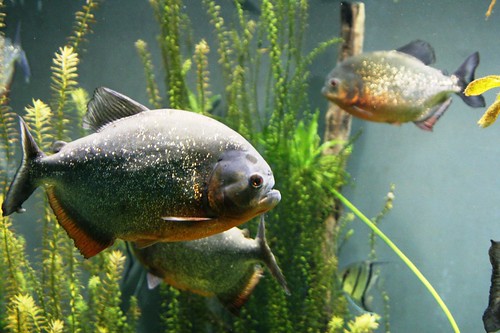 Located in the Olympic Park in Mercier–Hochelaga-Maisonneuve, this facility gives visitors a chance to experience all four types of American ecosystems. The Biodome has a Tropical Forest, a Sub-Polar Ecosystem, a St. Lawrence Marine Ecosystem, and a Laurentian Ecosystem. They are home to various animals, including lynxes, macaws, penguins, and many species of fishes.

If you are looking to visit some more places during your trip to Quebec City, consider visiting the Canadian Museum of History, Saint Joseph’s Oratory, the Plains of Abraham, and Mount Royal Park.