Hawaii, which lies in the beautiful central Pacific Ocean, is one of the world’s most visited and popular destinations. It consists of eight major tropical islands and dozens of smaller ones. Its location means it’s been influenced over the years by several interesting cultures, including Native, Asian, North American, European, and Polynesian.

Honolulu, which sits on the island of Oahu, is the state’s capital city and is home to the famous Waikiki Beach. It’s believed that the first inhabitants of the area were Polynesian settlers who arrived around 300 BC. Captain James Cook was the first European to visit the islands in 1778 when he christened them as the Sandwich Islands.

The location and beautiful tropical weather are just two major attractions. However there are plenty of others to keep people of all interests and ages busy. Along with the spectacular beaches and coastline, Hawaii offers amazing mountains, volcanoes, and lush vegetation. 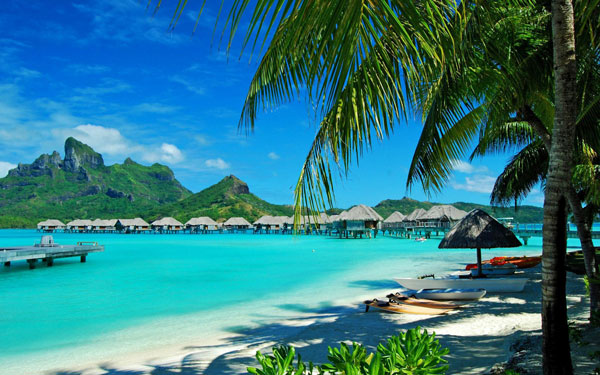 There are plenty of natural and historic wonders to visit in Hawaii. These are some of the most popular sightseeing places of Hawaii.

Waikiki is one of the world’s most famous beaches. It’s a section of Honolulu which sits on the warm wand wonderful waters of the Pacific Ocean. It’s not a dig area and it’s mainly flat, but it’s believed that about 80 per cent of all visitors to Hawaii stay here. The name translates into ‘bubbling water’ and the beach is about two miles long. This part of town is filled with excellent accommodation and dining choices and some lovely scenery.

Kauai is the westernmost of the major Hawaiian Islands. It’s also the oldest and that means it has the most diversity when it comes to plant life. One of the most popular areas with tourists is the Waimea Canyon as it offers some fabulous scenery and outdoor adventure activities. These include boat trips to the rocky northwest coast to view the Na Pali cliffs, kayaking, hiking, and helicopter flights. Of course the island also has numerous excellent sandy beaches.

This is the fifth-largest island in Hawaii. It’s just 37 miles in length and 10.5 miles wide. There are some beaches, but not as many as the other islands have. Molokai was created by three different volcanoes, which separate Molokai into three regions. This small island is home to some spectacular cliffs, green valleys, coral reefs, dense rain forests, fish-ponds, and steep hills. It’s known as the Friendly Island and while it’s not as busy as the other islands, it’s just as fascinating.

Lanai is Hawaii’s sixth-largest island and is 140 square miles in size. The main community is Lanai City and the island is known as ‘Pineapple Island’ due to the extraordinary amount of pineapples that are grown there. It’s a quieter and more serene island where nature lovers can enjoy the time of their lives while exploring the splendid countryside and coastline.

Because the island of Hawaii has the same name as the state, it’s generally referred to as the Big Some of the most popular sites are the Hawaii Volcanoes National Park, the Hamakua Coast and Punaluu Beach. This magnificent island is almost double the size of the others put together. This means there are plenty of different environments, activities, and climates to enjoy. There are some beautiful resorts and golf courses along with sacred historical sites and charming towns and villages.

Maui is home to some heavenly beaches and beautiful natural wonders. Some of the most-visited areas are Lahaina, Kaanapali, Haleakala National Park, Kahului, Upcountry Maui, and Hana. There’s a lot of rich history and culture on the island along with some world-class golf courses, resorts, and restaurants. It’s known as the Valley Isle and you might be able to see some humpback whales here as they migrate in the warm waters every year.

Oahu is one of the most-visited of the islands due to the numerous historical sites and natural attractions. It’s also the home to the state’s most famous city, Honolulu. Oahu combines the old with the new. You’ll be able to find Waikiki, the Nuuanu Pali Lookout, the North Shore, Kapahulu, Diamond Head Crater, and Pearl Harbor all on this island paradise which is known as the heart of Hawaii.

This enchanting city has it all. It’s the vibrant epicenter of the state and features treasured monuments, historic landmarks, world-class shopping, entertainment, nightlife, and dining, a vibrant arts scene and plenty of cultural sites. The city reaches across Oahu’s south-eastern shores from Makapuu Point to Pearl Harbor and of course is also home to Waikiki Beach. Other popular attractions include Iolani Palace, the Mission Houses, the Kawaiahao Church, the Bishop Museum, Aloha Tower, Chinatown, and the Hawaii Theater.