Paying much attention to its capital city, Vienna, such city has been discovered to be the largest among the nine states and is known to be evidently successful in establishing a stable and continuously progressing economic, cultural and political status. Besides that, Vienna today has gained another achievement of having magnificent attractions and sightseeing places worldwide. Indeed, Austria has been blessed to have Vienna as its capital city.

In visiting the city of Vienna, tourists must equally be prepared to feed their eyes with an array of classic architectural structures that have already been established ever since the beginning of time. Here is a glimpse of such enormous sites you should not miss out on your sightseeing tour to Vienna. 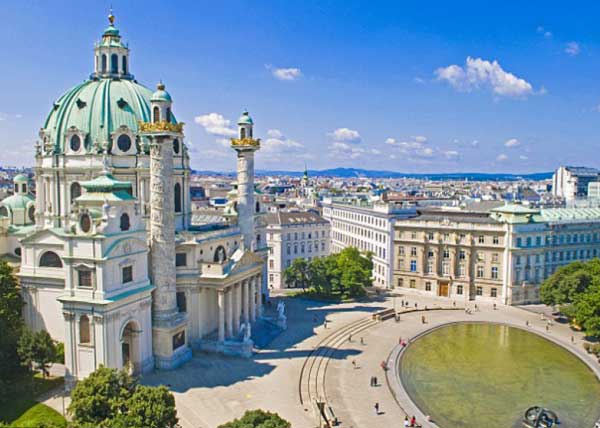 Also known as St. Stephen’s Cathedral, Stephansdom is a product from a mixture of a Romanesque and Gothic art, which was built as early as 1100s. Despite the rapidly changing times, Stephansdom remain to stand firm and classic and is still able to exude its natural and one of a kind beauty.

Another fascinating sight to see in the City of Vienna is Riesenrad or the Giant Ferris Wheel, as translated in the English language. Standing at a height of 65 kilometers, tourists can actually see the whole of Vienna once they reach the top, as the wheel starts to turn. Indeed, tourists and locals get attracted to this huge amusement, regardless of the age group one actually belongs.

Vienna is a city filled with theaters and opera houses but the most popular among all of them is the Staatsoper. Staatsoper has been known for its romantic atmosphere as soon as guests and visitors enter the building. Despite its old physical appearance from the outside, exploring such building within will truly be of great satisfaction.

This imperial palace contains with it a park embellished with statues, a zoo, significant architectural structures and gardens bearing beautiful and elegant flowers. With these features all in one site, tourists and even locals will surely not allow themselves to miss such breathtaking site.

This public apartment is not just any ordinary apartment as tourists may expect. This is a fabulous sight to see as a it is comprised of 50 different apartments all stacked in a single building, with different colors painted on its walls and with windows having indefinite shapes and sizes. Undeniably, it is an attraction tourists could not dare miss.