They say the way to a man’s heart is through his stomach. It should come as no surprise, then, that the way to an amazing sightseeing trip is through the local cuisine. Here are 10 dishes you absolutely must try when you are on a sightseeing visit to Hong Kong.

Like the name implies, this dish comes with a strong fragrance that isn’t for everyone. What the name doesn’t tell you, however, is that stinky tofu – commonly steamed or fried with chili pepper – is actually quite tasty, and not even that unfamiliar to the Western palate.

A sweet treat, put chai ko is a pudding-like substance made with sugar and rice. It’s most commonly served in bowls, but during the summertime you can catch street vendors selling it on bamboo sticks as frozen ice pops. 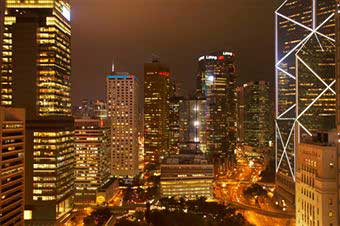 For a taste of authentic Chinese cuisine, look no further than lo mai gai – chicken wrapped in rice and mushrooms and then steamed inside a lotus leaf.

Chueng fan (also known as “rice noodle rolls”) are a steal among Hong Kong deals. They’re pasta noodles filled to the brim with meats, spices and vegetables, so they’re basically the entire food pyramid for the price of a single roll. Beat that, nutritionists!

One of the most versatile dishes in Hong Kong, wonton noodles can be served with soups, meats, vegetables or anything that catches the cook’s eye. Simply walk down the street and you’ll find a dozen different varieties of this Chinese staple.

A quick grab for tourists on the go, steamed meatballs are available anywhere they sell meat, which – since this is Hong Kong – is pretty much anywhere. The meatballs combine beef, pork, or tofu with the occasional vegetable (like carrots or scallions) for an easy and fulfilling meal.

Freely available from street vendors and local markets, cha siu bao is simply a bun – baked or steamed – that has been filled with tender slices of pork tenderloin. Depending on the vendor, it can be flavored with soy sauce, oyster sauce, rice sherry, or any number of sweeteners and spices.

These thin, flaky cakes are most commonly made with flour, vanilla, almond paste and a dash of sweetness from coconut shreds or winter melon. Legend has it they’re named for an ancient farmer and his wife who were separated by poverty only to be reunited years later when the farmer tasted his wife’s cakes – her specialty – during his travels.

A staple of Chinese cuisine, you can’t leave Hong Kong without trying a little dim sum. It isn’t really food – more like a method of cooking and serving – but it’s a tradition among travelers and a favorite of the locals. The closet Western equivalent would be the concept of a “buffet.”

The best thing about dim sum is that it varies greatly throughout the city, so you could, in fact, eat it for every meal and get something different every time. If that isn’t the best in Hong Kong deals, what is?