The Antarctica is one of the seven identified continents of the world, which is quite isolated compared to the locations that other continents are placed. Particularly located at the southernmost part of the globe, Antarctica is mostly composed of various ice formations making it the planet’s coldest continent that continues to exist until this modern era.

Besides that, Antarctica today unceasingly strives to achieve its vision through living out the continent’s mission of carefully preserving the existence of life in such secluded area, both for humans and animals alike.

But regardless of the fact that the continent of Antarctica is evidently cold, dry and rummaged by wind, it has been adequately developed to attract tourists and natives alike. Today, there are a lot of things to do and places to see at any of the famous spots contained within the Antarctic region. Here are some of the most popular places you should cover on your sightseeing tour: 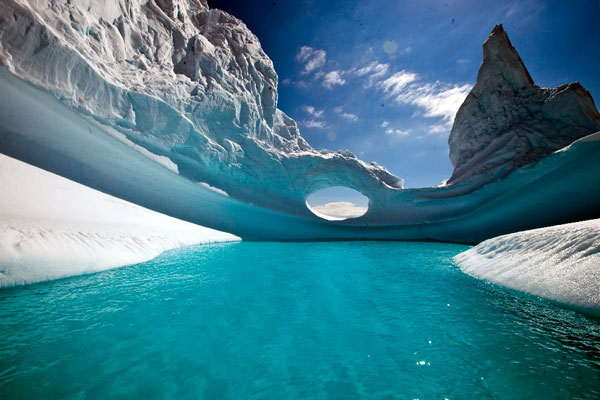 This highly interesting island has never failed to pull tourists to the beautiful Island as it is known to have formed from the ashes of an erupted volcano. Along with its beautiful landscape, tourists can actually have the chance of dipping into the thermal waters of Deception Island, also known as the volcanic bath. Besides this, sightseeing of penguins that find natural habitats in warm waters can be done while having fun and making most out of the beautifully eccentric scenery.

Otherwise known as Mar de Hoces, Drake Passage is a significant portion of a body of water that is known to possess the roughest weather at sea. Tourists who dare to take this route will not just perfectly rummaging waters but they will definitely claim such trip to be a once in a lifetime experience.

Scotts Hut is a famous establishment that has come to exist as early as the 1900s. This hut has served its ultimate purpose of providing shelter to the men who were tasked to perform their designated jobs. Today, tourists can still find this hut still standing and perfectly preserved as it is considered to be one among the hundred most endangered sites of the world.

The Paradise Bay is a beautiful that harbor found at the western part of the continent. Tourists will definitely have the pleasure of seeing ships and boats dock as passengers take a stop at the continent of Antarctica.

Antarctica is no ordinary continent compared to the rest. It is due to the fact that it possesses perfect sites to see the wildlife. Besides the expected existence of seals and penguins, elephants, whales and humpbacks can actually be viewed when visiting the natural wildlife habitats that only Antarctica has.